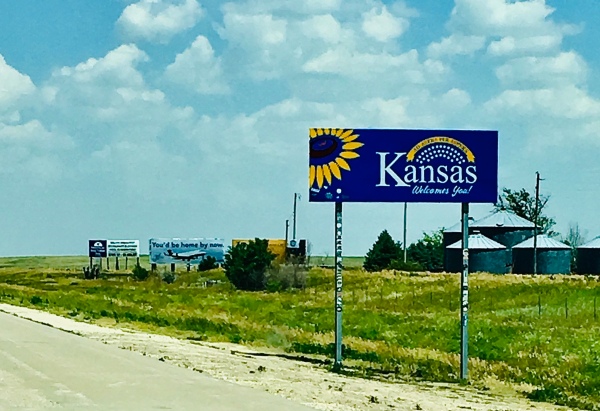 At 80 miles an hour, about two and a half hours east of Denver, she tore through the state line into Kanorado, Kansas and pumped the brakes upon sighting a half dozen state troopers lined up behind a jackknifed truck.

Thousands of Coca Cola bottles strewn about the Kansas countryside. Welcome, indeed, to the New Coke.

After regaining speed, Maria pictured her mind was like an ancient field plowed by ox. She knew there was a word for this particular thing, she’d come across it ages ago in a Linguistics class (was it Linguistics? maybe…) but now it escaped her. Mile after mile and the idea, the picture, wouldn’t leave her in peace; all through The The’s Soul Mining and Wire’s Pink Flag, it nagged at her.

More than anything it bothered her that she felt the concept corporeally and knew it intellectually but she was unable to term it — to give it a name again — and then look it up. She pulled off to the side of the road and looked at the road atlas.

Maybe there was a public library in Brewster. She’d try it out with the reference librarian there.

Maria’s mind moved in horizontally cascading oscillations — moving from left to right, dropping a degree in latitude, and moving back from right to left.

She sensed the trepanation would dissipate these feelings, but she had failed with the previous two women, and she was oblivious as how to present herself in a manner that wouldn’t alienate the next potential victim.

The counter to this was the mind-numbing blandness of the landscape unspooling past her car windows. The colors were riveting, the saturated greens of the corn and soybean fields, in stark relief to the cerulean of the cloudless sky. Occasionally the boredom was broken up by a metastasizing of windmills stretching back toward the horizon line, or a billboard of Jesus Christ, seeming to hover above the young cornstalks, with the affirmation, “Jesus, I Trust In You!”

It was dull, but it reminded her of 1984 all over again. And the febrile desire to listen to either Coil’s Scatology or the Butthole Surfers’s Psychic…Powerless…Another Man’s Sac overtook her. She pulled over again and dug out the “1984” cassette case from the two dozen cases piled on the passenger side floor, the desperate need to hear Gibby Haynes singing “Mexican Caravan” through a bullhorn consumed her as nothing else had since the moment she decided to leave Salt Lake, and now she was out of speed.

How would she make it through the rest of this desolate and unchanging landscape? She looked up, and there to the right of her car was yet another Jesus accepting her trust — it was turning out to be a challenging morning.

And then it hit her — as she stared deep into the blank faded face of the pleading Jesus — it came tumbling out of the torrent of disjecta in her head: Boustrophedon.

“Boustrophedon! What a day to be alive,” Maria said, and shifted the car into drive. 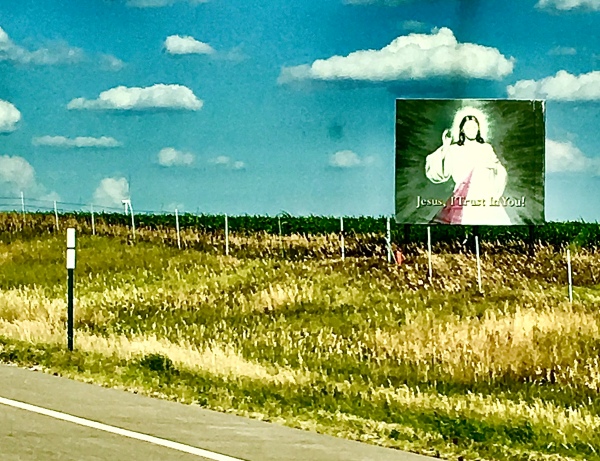 — Mark O’Connell / Notes from an Apocalypse