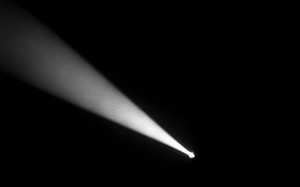 Today we awoke to pulverulent streets around our neighborhood. A construction crew broke a water main two blocks away.  Many children were carried away in the ensuing flood.

She enjoyed that.  She’d trade a dusty street for fewer kids every time.

Now I’m waiting for the postdeluvian flood. I move forward and remove the branks from her head.  Despite the split tongue she begins to regale me — the logorrhea commences:

“Lots to say about the showy shrubby flower, a botanical bawd of bedlam — as if Behemoth or Balam themselves were speaking… the only good band is a jangly guitar band… there’s no business like blood business… she stabbed him in the neck, desirous of proving his theorem…. he listed to the right, feebly waved at the steak knife jutting out from his throat, and fell “face-on” into his bowl of lye hominy… the restaurant patrons burst into applause with shouts of ‘brava, brava!…’”

“I’m a warrior momma, and I say that trucks aren’t what they used to be when I used to steamroll over sheep a few times a year… I had a cowcatcher on the grill, god damnit… they’re built of tin now… they’re useless… we used to be great…”

“I’ve got the end of the tour psychosis blues… chortles and snorts… and I’m not missing whiners or trembly insignificant little men who fancy themselves dabsters of hipsterism with their bushy beards… nobody brings me the head of Holofernes anymore… now that Salome is hooking down on Biscayne Boulevard and 79th street… I’m bored with hedonism, and by extension life… so either it’s a shot to the head or an Ursuline nunnery for me tomorrow… bring on the demoniacs…”

There was a click and a whir, and another film unspooled before me: a flashing comet streaked across the darkness down to a pin prick… followed by 10,000 days of silent black  film leader.