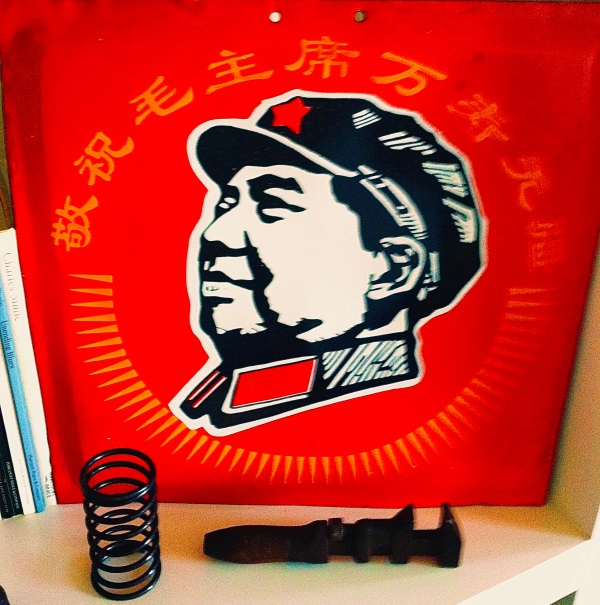 I’m the ludic Luddite. Lovable, laughable, but don’t get me near a hammer or screwdriver.

Too tired to consider the truth in Anglican philosophies, too prim to stuff a lightbulb in my arse. I wait all day to write until the last 2 minutes of the night, before it becomes the next day — this is a thing of lethargy — a thing jejune, jocose, and jaunty. Shoot the  canticle of a manticore. A testicle in a fusty icicle, a floe in the flow of doe. Reify the ether into a Bwana Johnny. Johnny Angel. How I cleave you to the hooves in the cleft palate of the clef bar and a treble note in the tremulous tumult. Fuck you, penguin! You waddle ill.

In blocks you can accomplish things simple, something foundational… it’s educational… The sybaritic rose petal funeral of plague years. The black star is metastasizing in time. The Virgin of Charity is tired, so tired, tired of tithing and gossip,  “gossip and complaints… they came from next door.”

And the wind picks up outside in the frantic whistling of planetary objects careening off-course. Top officials from Caracas promise that we’ll be released at daylight. If the marauding former Green Berets, working concert security just a month ago, see themselves as the new Simon Bolivars — leading an invasion force of 8 starving native corpses to be… well, let’s call that the Bay of… no, let’s not call it anything at all.

Strike a different tone —  one gray and indistinct. Stand by… excerpts coming through in Esperanto: (translation) “The future is not as bright as it used to be.”

A nightmare dropped in between the construction and the traffic —  and they’re working on the office next door. We need to make this person disappear before anyone realizes what’s about. I’m going to break ground after I break your heart. Then I’m going to break bread with the baker before I make him one with a cement pour and a 55 gallon barrel.

Don’t talk to me from that lime green room, or is it a particularly vivid bit of avocado green? Whatever. Don’t talk to me about 70 year old land tortoises, as I’ll crack them apart and paint these rooms… tortoise green. “Goodbye Green” and hello turtle muck. Mofo.

I’m going to imbibe heavily so I don’t have to think. I shouldn’t be drinking and taking those pills. “Transport it to your lady, why don’t you?”

“Yes, bear with me there is a little bit of water,” she says.

But somewhere near the end he chose a selection by The Selecter, “Celebrate the Bullet.”  And someone heard that it was good, and that it was a worthwhile endeavor to belittle Sandra and the Sancochos. They recorded a cover of “Mami Quiero Mantecao” which el manco de Lepanto en Murcia produced.  He produced the whole damn record!

“Well, I’ve never!” she said, and shot him in the face. “That suits you for calling me a giblet and a hairy veinlet!”

She waited until she could wait no more, then started to try and catch up, but she knew she wouldn’t be able to — she had to resign herself to something less than perfection, or her ideal of how her life would go from here. So she moved on. Things were not perfect, but good enough. Everything was accomplished by the time she had to vacate their old apartment. It happened that she learned something from this experience. And eventually she felt better about herself. And that is all she could hope for.

Apropos of Cinco de Mayo, though it wasn’t appropriate at all, she composed these lines in Spanish:

Whereupon she closed her journal, and went to sleep, and dreamt of vomiting all night. 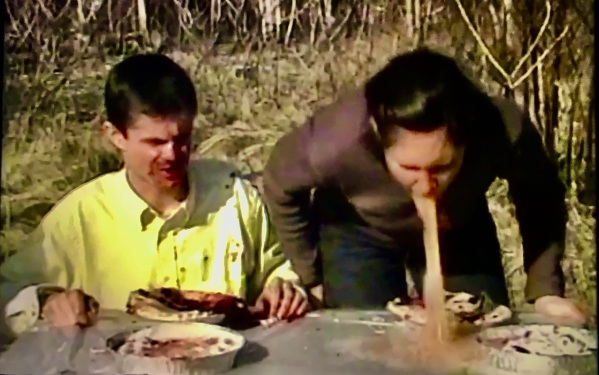 “Just put the tip of the pencil on a lined paper and write one word behind the other. It always works.”
— Cesar Aira