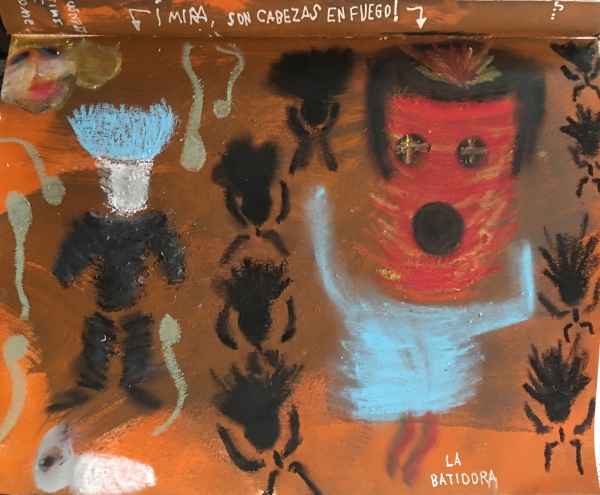 There is a boy whose head is on fire.

A nine year old boy who has recently dispensed with god and love because they dispensed with him.  His father beats his mother on occasion — preferably in the bathroom, because “blood comes out easier from tile.”

And in turn his mother beats him and throttles him by the neck on occasion when the mood overtakes her.  In return the boy acts out, he behaves oddly if you will: one day he eats 30 chocolate bars from the school candy sale while hiding under his bed; another day, he scrapes all the popcorn off his bedroom ceiling in a pique; and on a number of other days, he chunters in his parents’s dialect and overfeeds his goldfish until it floats inert, belly up.

These actions in turn earn the boy a hot rain of metal: belt buckles, from his father, who cannot stand the mess.  And in turn the boy — too old, really, to shit or pee his pants — shits and pees his pants.  This calls for a hail of slaps, broomsticks, and ashtrays from his frazzled mother.

Eventually the mother has enough and leaves the father, and drags the boy with her to live with her mother; but her heart isn’t in it — her heart is spleen shaped — it was beaten into that shape by her mother — the boy’s grandmother for those losing track.

Let’s not lose sight of the father: he turns into a ghost and hovers about speaking in tongues.

But the boy’s head is on fire.  Remember?  Because he does not comprehend much of what is happening around him.

Today on the school bus he is so full of the abnegation of god and the abnegation of love that he is compelled to repeatedly nod his head “NO!”  This self-abnegation pleases him so, and he begins to pick up the speed of his nods until his head is a blur:  back and forth.  “NO NO!”  And faster and faster, and it seems his head will fly off his neck. “NO NO NO!”

Then an older boy sitting behind him says: “Look at that shit head.  He looks like a blender.  Hey, blender!”  Another boy yells:  “Blenderhead!  Blenderhead!”  They sing in unison.

And the dizziness is the most joyful thing our boy has experienced: the world flying off this way and that.  The colors a swirl.  The boys and girls staring at him are a whirl…  and in a whorling moment of ecstasy our boy crashes his head into the the metal plate that frames the bus seat in front of him.  He grabs the top of the seat, and again: bang; again, bang; again, bang, bang, bang.

Some say his eyes rolled white, a girl says he was priapic.  But our boy doesn’t care, his head is on fire.  This is just where he wants to be. 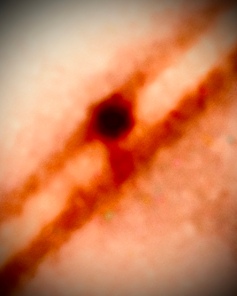 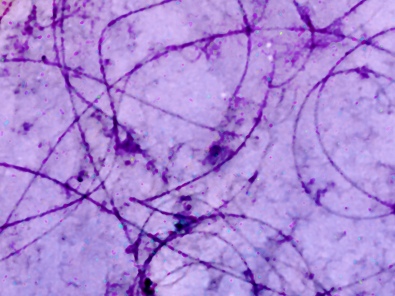 This is the way your brain appears after you’ve beat your head into the metal backing frame of a school bus seat. Your head, more specifically, your brain is on fire. You see microscopic shapes floating about your field of vision; they appear as cavorting beasties flagellating about in search of the dendrites they were unmoored from, you’ll never get those brain cells back. The world is vignetting at the edges and objects leave melting traces in their wake. People appear as slugs and leave sebaceous trails as they pass. Voices sound tinny and distant and the grind of the bus is a warm industrial hum.

The beatings, the “throttlings,” the vitriol all slough away.

This dull floating through space — untethered, yet pleasant, despite your throbbing swollen brain — is where you belong.  It’s where you want to reside, and now you’ve found your ritual, your daily ablution.

You are happy.  And YOU (yes you, dear reader) must imagine the boy happy — as you imagine Sisyphus happy — living and creating in the midst of the desert… 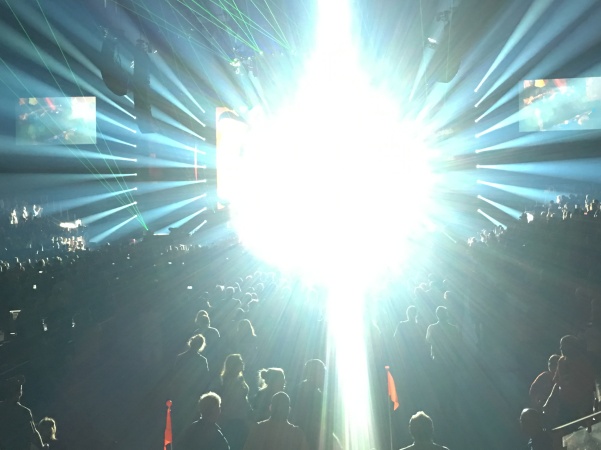