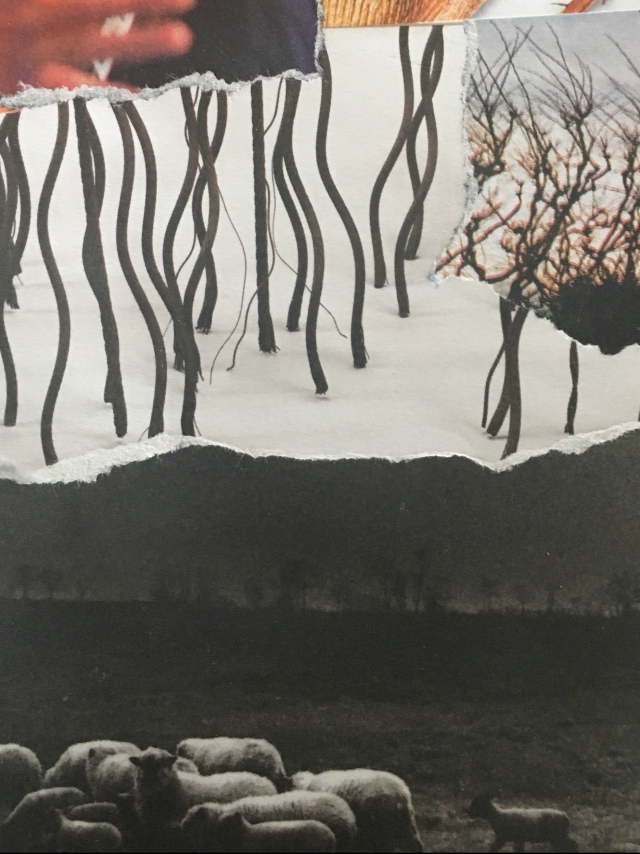 31 pieces of the auto-sedition quilt

On day three of the new year Maria found herself near Holguin, Cuba.  The campesinos in the fields seemed appropriate for the campestral scene she was painting, but the kestrel nailed to a cross atop the hummock, by the tobacco drying bohio, seemed out of place — as did the half dozen crosses with albatross and oversized birds of paradise that topped every mogote in the background stretching back to the horizon line.  Maria was painting, and collating this scene together in her memory, and as she worked she thought she might paint this large scale to use it as a background in her next film.  All she needed now was a real chicken and a G.I. Joe or a Big Jim action figure and she could shoot the scene that Garcilazo related to her about their farm in Cuba before the revolution.  He once told Maria how their mother, Lucrecia, had covered him in oil and chicken feed when he was five years old and had the chickens peck the feed off his body, especially around his groin.  She reapplied the feed numerous times.  His penis was disfigured after that.  El cuerpo es sucio.

“The body was dirty,” their mother said.

The next day there were carcasses all about the fields.  The only crop that did not seem completely ruined was the corn on the southeast corner of the farm, there was still about a third of that field standing.  Everything else, the yuca, the strawberries, the sugarcane, and oddly the mango trees were devastated — a total loss.  What he didn’t understand was, where had all this multitude of cows, chickens, pigs, and pavo reales come from.  There were no livestock farms nearby, not for miles — sure a few people had horses and chickens, but not these.  These were all white, angelically white, not a mark on them — no blood, mud, or any other blemish was visible on these carcasses.  They were clearly not alive, they didn’t move when he nudged them with his boot, or prod them with the hoe.  There were no visible wounds, or fluids oozing from any orifices — no ichor — these animals seemed to be in perfect shape and impeccably white.  He felt certain they were not diseased.  He wanted to flense a piece from a pig’s rump and rub it all over his torso.  An ablution.  He saw a man do this with gold dust in a movie once.  Pig fat would have to suffice.

Many years later in Miami, during the book tour of one of the President’s spurned mistresses, Garcilazo surprised the mistress/writer by exposing his gnarled leprous-looking penis at her.  It was an overly large appendage which was much thinner at the base than at the head where it was engorged and bruised and pockmarked with all manner of growths, skin tags, and flaky mottled bulbs along a bruised quadrant at the head.

At this vespertine hour the writer/mistress momentarily thought it was her overtired mind playing tricks on her after an unusually difficult week of pole dancing and then signing books.  She must be seeing things.  But no, Garcilazo had a wide grin on, and started grinding his pelvis in a counter clockwise motion, and chanting repeatedly: “get up on this! oo, baby, baby, oo, baby, baby! get up on this…”  but try as he might, the dangling member was so large and heavy that it merely swung pendulously between his legs and slapped into his thighs, and he didn’t know all the lyrics to the Salt-N-Pepa song.

Before the writer/mistress could see him Garcilazo was tackled into a stand of swamp rose mallow hibiscus by the mistress/writer’s bodyguard.

“Ah, look!” the writer/mistress said to the public relations assistant, near the base of the stairs, when she realized the hibiscus bush with flowers resembling the color of her dress was fulminating with two pairs of legs flailing about the top like twitching rabbit ears.  Her right foot,  the hairline crack on the shoe’s heel fatally compromised, slid out from under her and she fell heavy upon her ass, and shattered her coccyx.  She missed her pole dance that evening, and for the remainder of her shortened book tour.

Today, on the ninth day of the new year, in 1963 — the year I was born —  the Mona Lisa was exhibited in the United States for millions of Americans who visited the National Gallery in Washington, D.C. and The Met in New York City.

I don’t remember that time in 1963, as my parents conceived in the fall of 1962.  I’m certain that I’d lost my tail by then, and had sprouted spindly legs; and like any half-baked fetus, I had developed fingers and toes, but my brain wasn’t much to speak of.  I suspect that’s still the case now.   Anyway, my parents spent most of that year making preparations to leave Cuba.  I like to imagine that I was conceived in Havana during the Cuban missile crisis, but I wasn’t as my parents were already in Miami at that time.  But it is certain that I was conceived during that time of apocalyptic crisis in Miami, the time frame fits.

In any case what does fit is that my father’s sperm on that day must have been in an unusual state:  a political emigre on the verge of being incinerated by his home country on ground zero of his new country.

How I managed to be the best swimmer that day I don’t know — the 200 million or so others must have been real cranks, deplorables, and mutards if what you see here before you is the best of that lot.  Oy!  What a lot in life. 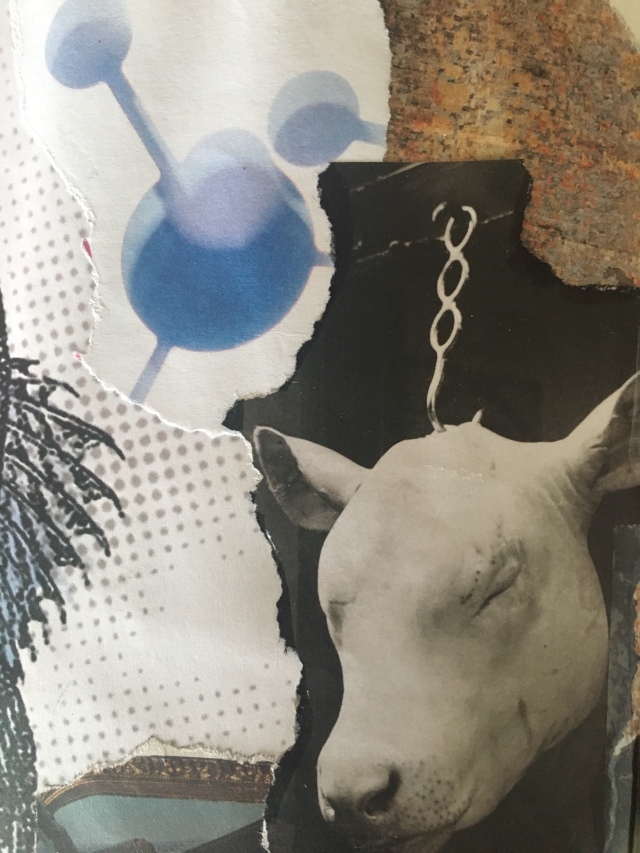